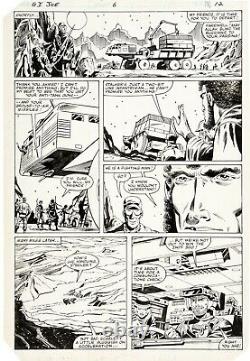 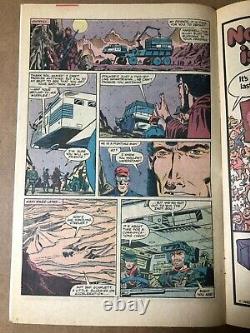 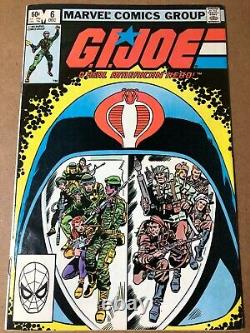 Joe (1982) #6, page #11, drawn by Herb Trimpe and Jack Abel. This is the same duo that drew the first appearance of Wolverine. This page is oddly reminiscent of the arcade game Moon Patrol, which just came out a few months prior. It is possible this inspired the Rough Terrain Vehicle first appearing on this very page. In this Cold War issue of GI Joe, Scarlett, Stalker, Breaker, and the team parachute into Afghanistan to secure a downed Russian Spy Plane. But the Oktober Guard has been sent in as well.. Art from the Marvel run of GI Joe rarely comes to market.

Early pieces such as this one are the most sought after. With news of a new Amazon series based on the title, as well as a Snake Eyes movie coming out later this year, interest in GI Joe is at the highest level its seen since the 80s.

Art is in excellent condition. Copy of the comic included. Joe #6 original comic art page Real American Hero Afghanistan ARAH Trimpe" is in sale since Friday, May 28, 2021. This item is in the category "Collectibles\Comic Books & Memorabilia\Original Comic Art". The seller is "benkin" and is located in Staten Island, New York. This item can be shipped to United States, Canada.