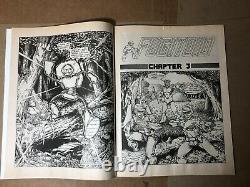 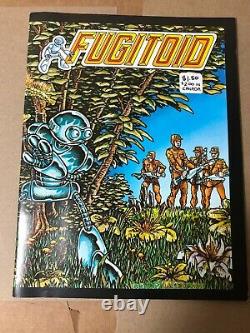 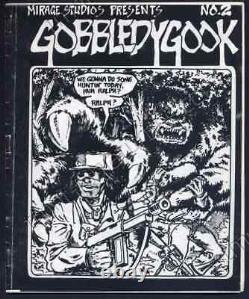 Gobbledygook represents the first time Eastman and Laird collaborated on a comic, and with an advertisement for Teenage Mutant Ninja Turtles on the back cover, Gobbledygook is considered the first appearance of the Ninja Turtles. The Fugitoid story in Gobbledygook continued in TMNT #5 (1985).

The comic page is in excellent condition with white out corrections by Eastman. Copy of Fugitoid #1, which reprinted the entire story, is included.

The seller is "benkin" and is located in Staten Island, New York. This item can be shipped to United States, China, Mexico, Germany, Japan, Brazil.