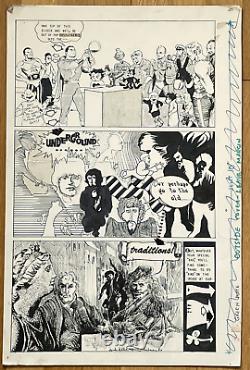 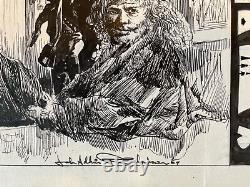 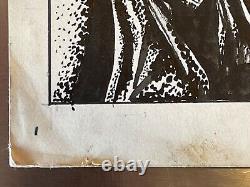 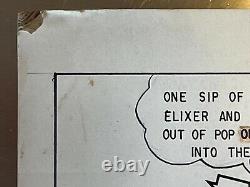 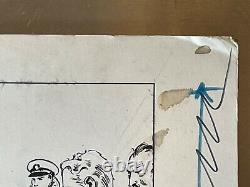 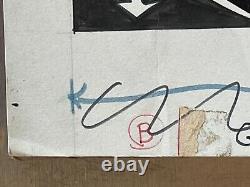 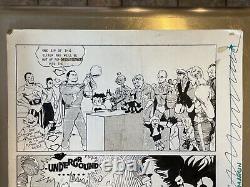 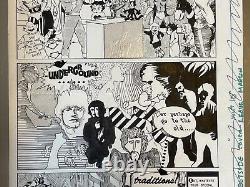 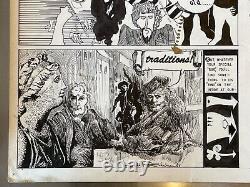 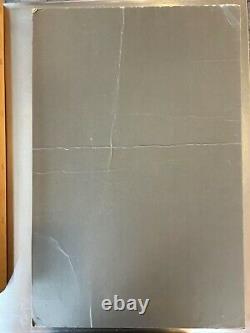 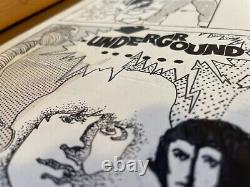 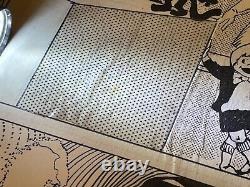 Original 1969 John Adkins Richardson ink drawing on illustration board, showing transition between three eras of illustration heroes & styles: Golden Age, Psychedelic/underground 60's-70's; and JAR's approximation of etching and stippling "Traditional" styles. Marked in the right margin as "Outside cover - leave margin", with note "green plate" and instructions with arrows for reproduction size, "About 10" for the vertical image area. I have been unable to locate a printed publication that this was the cover or interior art for, but it was clearly produced for reproduction, complete with artist's corrections like the paste-up of the correction to "obsolescence" in Captain Marvel's word balloon, and a spot or two of white-out. Zip-a-tone and rub-down dot patterns clearly evoke camera-ready art production techniques of the era.

The art appears to have been executed with multiple black ink techniques, including brush (possibly crow quill) on much of the golden age panels, fine point felt marker in much of the middle panel, and likely crow quill or similar pen work in the bottom "Traditional" panel. Word balloon and caption box are lettered using a Leroy Lettering system.

The board came to me in its current condition, so I guess it's all "honest wear" from the artist. The image area itself is largely clear of issues, see the Condition section and photos for details. Signed and dated 1969 by the artist in felt marker. Was a gift from the artist approximately 1973. John Adkins Richardson was a published academic and art history professor, and a comic artist and scholar is his shadow life.

The item "Original art John Adkins Richardson" is in sale since Friday, August 20, 2021. This item is in the category "Collectibles\Comic Books & Memorabilia\Original Comic Art". The seller is "3weight" and is located in Bellingham, Washington. This item can be shipped to United States.